Monty-Media employs expert, committed and experienced staff. Find out more about them here. 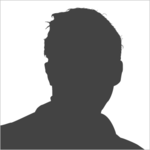 Hugh Montgomery was a Consultant Radiologist at Calderdale Hospital, Halifax, West Yorkshire. Originally from Co. Down, Northern Ireland, he is a graduate of the Edinburgh University Medical School. After graduation he trained in Surgery and Orthopaedics with the Royal Air Force for ten years. Following this he trained in Radiology in the N.H.S. initially in Edinburgh and finally in Leeds, West Yorkshire. He moved to Halifax as a Consultant Radiologist in 1990 where he specialised in Interventional Radiology. His interest in anatomy teaching began after spending a year teaching anatomy at Edinburgh Medical School during the period of his radiology training in Edinburgh. This inspired him, together with Dr. Findlater, to initiate an acclaimed Anatomy Course for Radiographers, run twice yearly in the Edinburgh Medical School. Following this, he began to develop multi-media based teaching aids, which form the basis of this site.

Professor Gordon Findlater is the head of Anatomy at the University of Edinburgh. He studied anatomy as a science degree at Aberdeen before studying towards a PhD in Neuroscience at Edinburgh. He was appointed lecturer in the Department of Anatomy at the University of Edinburgh in 1984; it was during his first year as a lecturer that he first got to know Dr Montgomery. He is a keen teacher of anatomy and has a special interest in the development of innovative ways of teaching anatomy to both undergraduate and postgraduate students. He has already developed several computer aided learning packages, which are used for the teaching of anatomy in the medical curriculum at Edinburgh. He is co-course organizer with Dr Montgomery of the very successful Anatomy Course for Radiographers.

All products now available for free.